Japan sure has many things to offer! Everything from manga and anime, to robots and mountains! Have you for example ever heard of a 599,15m high mountain one hour away from Tokyo? I sure had not, but then someone from my World Unite! sharehouse talked about his great hike on Mount Takao.
So – that is basically how that idea was planted in my head! 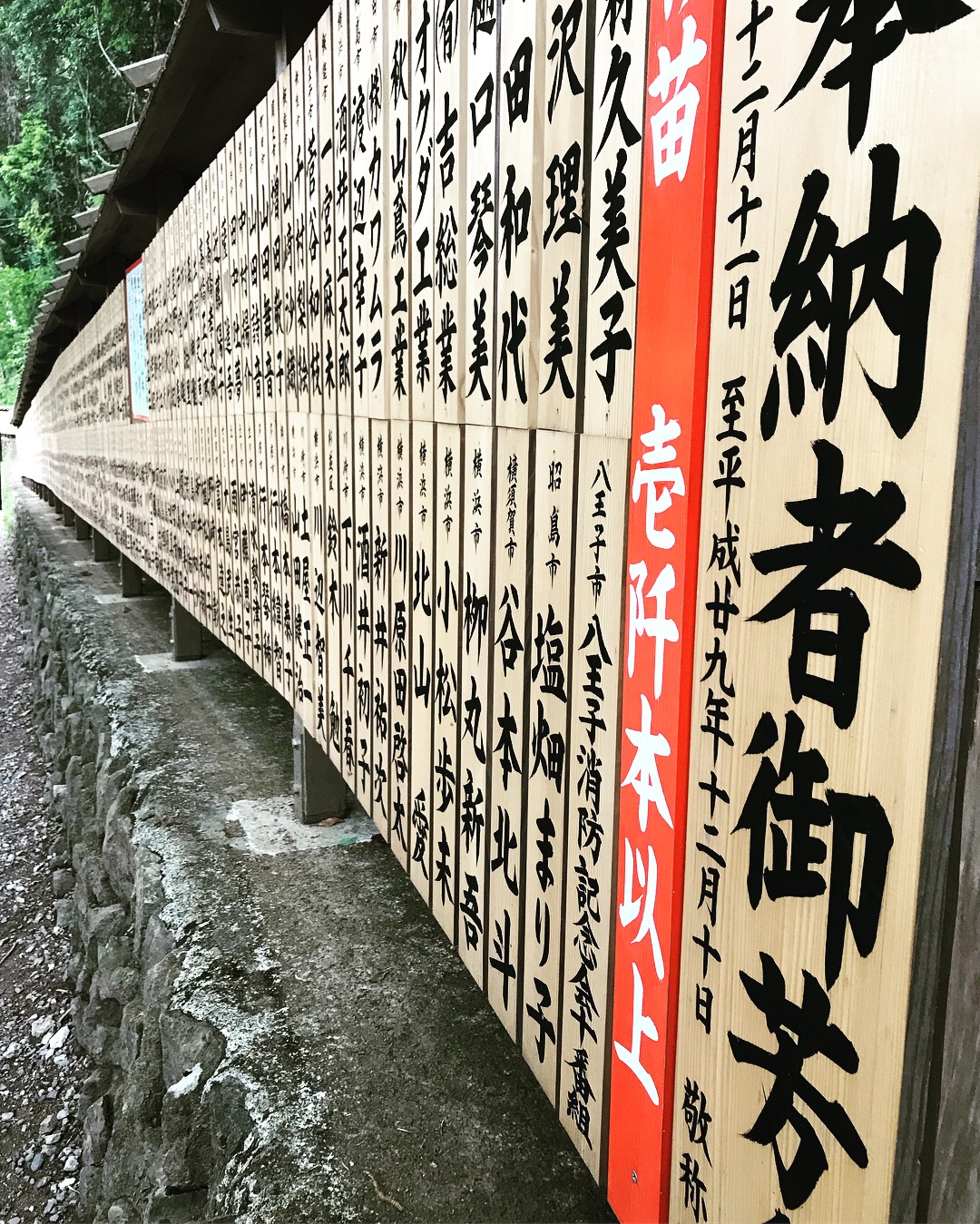 I am staying at the World Unite! sharehouse in Tokyo – now it is my second month here, and every weekend I do my best to plan the most interesting things to do! I do not mind if it is being touristy, as I will only be staying here for 3 months, so I do not see myself as anything else than a tourist! I just want it to be fun and exciting.

So, last weekend the menu was: A mountain climb!
My World Unite! sharehouse roommate and I wanted to climb Mount Takao, so we packed our bags with water and food, charged phones, good mood, and we were ready to go.
From our sharehouse in Shiohama to Takao Station took approximately 2 hours, with a little train confusion on the way – but we made it!
The day was hot and humid like many other days during the late Japanese spring, so we were happy and ready to explore a nice and cooler area in Kanto!
When we finally arrived, my roommate did not feel very well so we decided to split up. My roommate explored the area around Mount Takao, and I climbed it.
Usually, I am not a big fan of doing things all by myself as I actually really enjoy experiencing with friends or family, because then you can share the experience afterwards, and create memories together that way! But that day I was on my own! Of course, I had my very best friend in Japan with me, Google Maps, that (again) did a good job in supporting me.

So, let me just admit it: the hardest thing on this little trip was to find the mountain. Where should I start? Google Maps showed me that it would take around 2 hours to get to the top, so I just started to follow the blue dot, and I ended up in a place with music and lots of people – and a path! So it looked like I found the way up.

So now you are probably thinking: 599.15 m, that is just a small hill – and now is the time I will advise you to google Mount Takao. It is an actual mountain, and it was an actual climb to the top! As I had finally found the path up, the next step was just to climb it. So I started walking comfortably up, and weirdly enough, most people were walking down. But as I looked behind me I could see that I was not the only one climbing it, so I could not be totally lost! I walked and walked and it was so so steep! I was even sweating and I was very happy that I brought a bottle of water.

The place was beautiful though – so much nature! I could hear birds singing, the wind in the trees, and I could look up and see the sky which was totally blue. I was feeling very happy, and I did not have to worry about getting lost, because as long as I was walking up, I would reach the top at some point. So I continued walking, continued sweating, and continued enjoying! After some time, I reached a viewpoint from where I could see all over Tokyo – it was so beautiful! I met a nice American couple and asked them to take a photo of me, and then of course I took one of them. They were so friendly, and told me that they were living in Tokyo and then they wished me a good stay in Japan, and we went our separate ways.
I decided to take a little break, eat some lunch, and enjoy the view, and then I continued up. 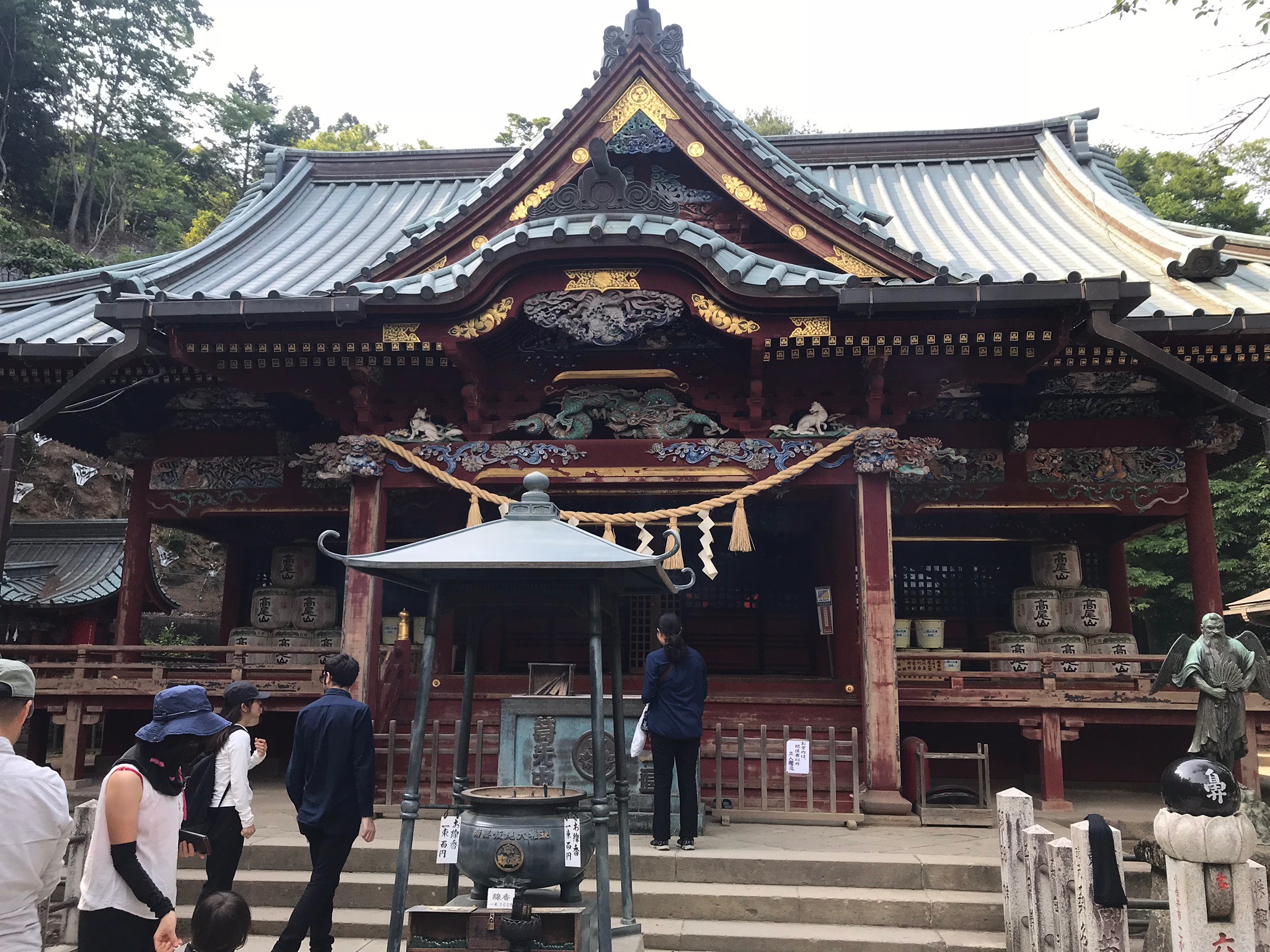 Soon enough, I reached this beautiful Buddhist temple called Yakuoin. It was so nice and there were many people there. I walked around, looked at people, and took everything in, as it was probably a once-in-a-life experience to be there (except that I had to pass the place when going down again, minor detail)! I had read that many people visit the temple to pray to the Buddhist mountain gods, and I could also see some people praying when I was there.

After exploring the temple I continued further up, and there were lots of stairs to ascend. I did not want to be slow, so I passed many couples enjoying a climb, old people taking a walk, and also other tourists like myself. The funniest thing I saw was a lady who was taking her rabbit for a walk. Yes, you read that correctly, it was a rabbit. And no, it was not a small dog that I thought was a rabbit! It was an actual rabbit, and she had it on a leash and then she was carrying a little basket – probably so the rabbit could be carried if it felt tired. Of course, there were also people walking with their dogs in baby carriages (I guess it should be called dog carriages?), but I got used to seeing those in Tokyo by now!

Finally, I saw a sign saying “Top of Mt. Takao”, and I knew I was close. Just a few more stairs, and then I was there!
I walked to another viewpoint and it was so so amazing. That was one of those views that a photo just cannot catch! It was something you simply have to experience for yourself. I was so happy that I made it there, and I just really needed to share it with someone.

So I called my family back home, and I told them how amazing it was, and then I felt even happier after the talk. It was also here that I found a friendly-looking person who took a photo of me at the top. It was so cool! I spent some time there enjoying the feeling until I was ready to go down again.

The way down went so fast! It basically felt like squatting all the way down, because I really had to control my legs so they would not just start to run away from me. It felt funny, and it was actually almost as hard as going up – just in a different way! But I made it down in no time. I walked and walked, back to the station, where I met with my roommate again, and we decided to spend money on discount ice-cream which was 100% worth it. So, all in all that day was just amazing, and it was a very amazing experience! I will definitely recommend everyone coming to Japan to try to climb Mt Takao.

Oh, and a little side note; I found out that there are actually much easier ways up that the way I chose! Apparently, the path I used to go up, was a hard one, and my sharehouse-mates told me that there are other paths – a lot less steep. Good to know! 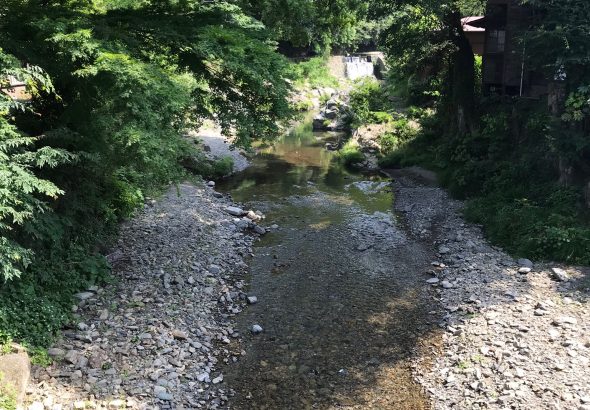 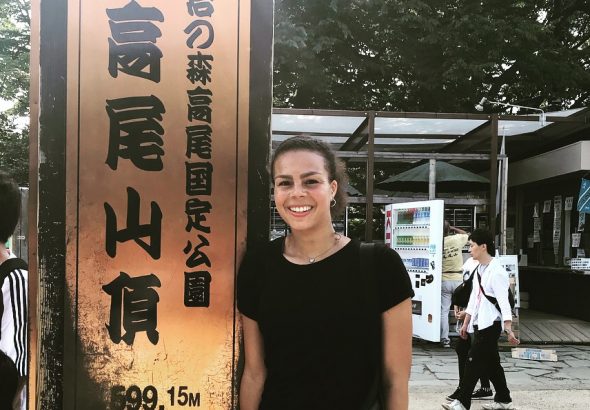 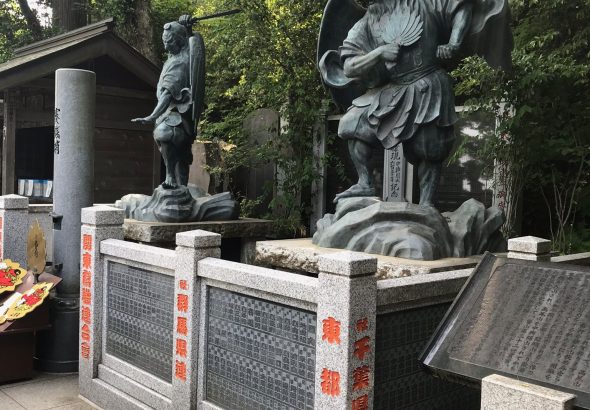 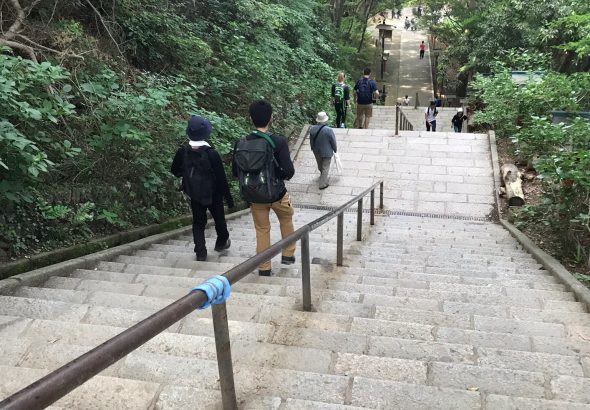 Christina is 26 years old, originally Kenyan/Danish and she is currently interning for World Unite! in the Japan Tokyo Office. She is helping participants who do a Working Holiday in Japan through World Unite!, and when she is in the office she helps out with administrative work and social media marketing.