Markus B. (19) from Germany tells us about his experience working for a sugar cane farm on the small island of Miyakojima, roughly 300 kilometers away from Okinawa main island. He arrived to Miyakojima on May 26th and worked there for a month. With a smile he looks back at his extraordinary experience in the very south of Japan.

(laughs) Funny enough, I actually worked for some sort of Japanese Buddhist cult. I learned that they send the sugar cane harvest to their Buddhist headquarters, which is located near Osaka. Apparently they collect harvest and other goods from all sorts of places all over Japan and then sell it elsewhere. Every morning they’d also have like a morning prayer and at some point I had to join as well. But it sounds stranger than it was, the people were incredibly friendly and nice. I did some research and apparently there are a lot of peaceful Buddhist movements in Japan.

Why did you want to do farm work?

I wanted to live and work in Okinawa for a month, because I’d heard many good things about the island. So I contacted World Unite! and asked if it was possible to do farm work there. Eventually I got a job offer from a sugar cane plantation on Miyakojima and I thought: “Why not?”. So on May 26th I flew south.

I’d wake up around 4:40am, take a shower and have breakfast. Then I’d talk to my housemates, pack my gear for the day and we’d leave for the fields, so that we could start at 6am. There were two shifts every day, the first was from 6am to 10am, and the second was from 3pm to 7pm. Like this, we would avoid the worst heat during the day. We would get around 40 degrees, which was tough. So every day was eight hours of work.

What I did was basically chopping off sugar cane and making it ready for transport. You could roughly break it down into five steps. The first step was to tear off the leaves from the top. The second was to chop off the sugar cane right above the root. Third step was to collect all the sugar cane plants and pile them up on a heap. The fourth step would be to tear the last of the leaves off and the fifth step was to tie them together, so they were easier to transport.

What did you earn during your time?

What would you do in your free time?

During my free time I explored the island with my working colleagues, because many of them were there for the first time, too, just like me. Other than that I’d just relax and take it easy.

Did your Japanese improve during your stay on the farm?

Yes, definitely. Interestingly, my boss was kind of a Germany-fan, and he knew some words. And one co-worker could speak basic English. But aside from that they only used Japanese. My co-workers were all super friendly, also my boss was really cool. I’m still in contact with all of them.

In general, all the people on the island were really nice, however it was also kind of funny and weird at the same time to be the only “white” person on the entire island. I was kind of an attraction for the people.

Did you experience any low points during the time you worked on the farm?

I have to admit, there was one. It was the first day, the day before my actual work started. It was hot in my room, I couldn’t sleep and I knew I had to work outside in the heat the next day – that was when I was quite terrified of it all. But after that, it was fine and it all went well.  But of course it was hard at first, and I discovered for myself that I don’t want to become a sugar cane farmer, at least for the long term. But at the same time I was glad that I’d done it.

What would you tell people who are thinking about during farm work in Japan as well?

It is important to learn how to control or at least filter your thoughts. It sounds generic, but you have to keep thinking positively. If you have a positive mindset, you’ll have the most amazing time.

In terms of the beautiful island of Miyakojima, I’d say you should be aware that it is difficult to get off the island, especially if you can’t drive or you don’t have a car. I was glad my co-worker would give me lifts regularly, but aside from that there is hardly anything. You definitely can’t rely on the public transport.

Did this experience shape you as a person?

I would definitely say that this experience taught me new ways of thinking. The people on the island were insanely nice. They lead simple lives, but they are so genuinely happy and content, and I think I kind of absorbed some of that attitude. The people are always in a good mood and happy, and it really rubbed off on me. You learn to appreciate the little things, it all really inspired me.

What do you do now?

I arrived in Osaka on July 9th. I’m working in a guest house and izakaya, and I also live there. I’m thinking of working here for at least another month and after that, I’m not sure yet. But I’m thinking of staying in Osaka. My visa expires on April 18th, and I want to stay in Japan the entire 12 months that the Working Holiday Visa provides me. 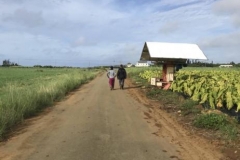 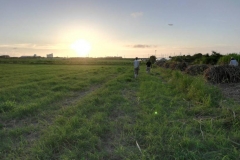 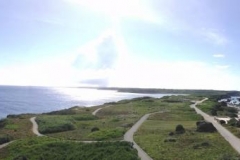 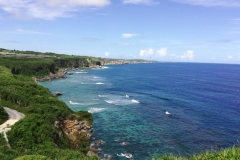 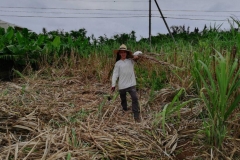