Serena T. (26) from Australia told us about her experience working for a tea plantation on the Japanese Island Sado, located 30km off the coast of Niigata, the largest city on the west coast of Honshu (Japan mainland). From spring 2020 she was staying on the rather rural island, experiencing Japanese daily life and traditional work at the same time.

Serena, how did you find that job?

Originally I wasn’t the one that signed up for the job. There was a girl at the share house in Tokyo that I lived in and we hung out a lot. She told me that she was going to have an interview with the employer of that tea plantation, arranged by World Unite!. However when the pandemic started, that girl returned to her country. I was very interested in Sado Island too, so I told them if they were looking for someone to fill in that position, I’d be happy to take the role. The interview was then arranged for me instead. 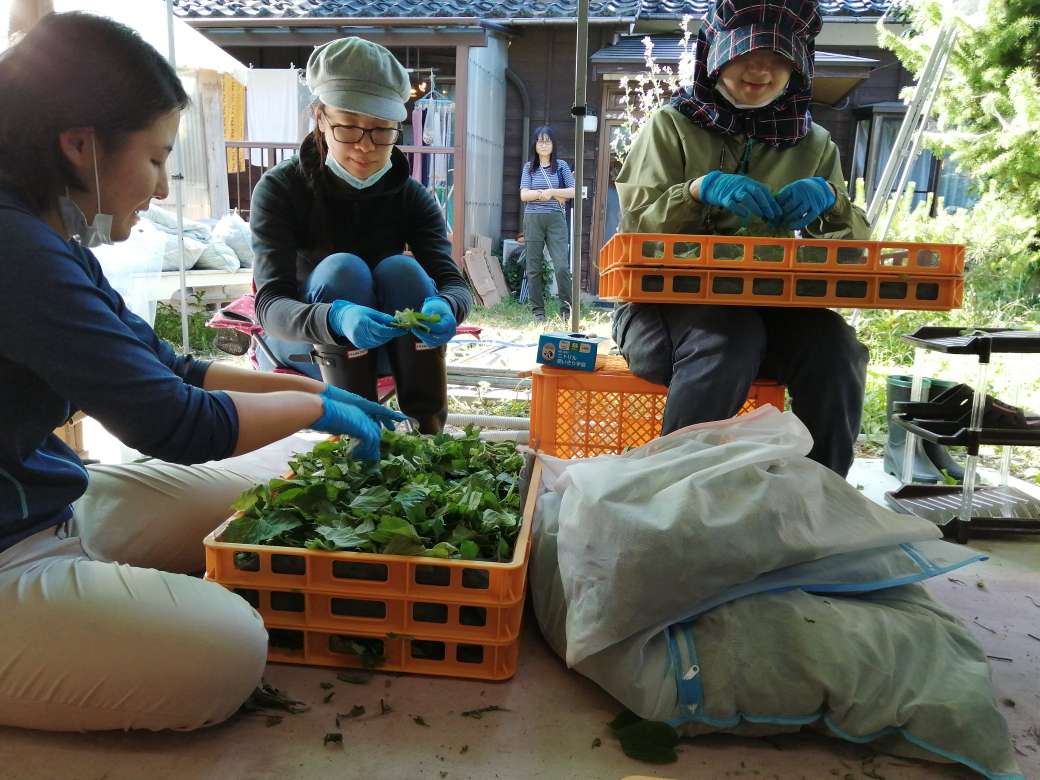 Did you speak Japanese prior to the interview?

Not really, I knew just a bit. But I had a translator from World Unite! attending the video interview, so it was not a problem whatsoever. Actually, I was originally planning on taking 4 weeks of language lessons when I arrived in Tokyo in February 2020. Though due to the pandemic, things were obviously kind of uncertain and the school needed to postpone the classes for a few weeks, and then decided to do them online for the time being. On Sado Island I was asked to do 2 weeks of self isolation; I used that time to attend the Japanese lessons online.

Was that enough to communicate with your employer and the other employees during your work now?

When they brought me in for the first time, I actually learned some Japanese from the classes, so I could listen in. Also the employee knows I am foreign, so she speaks very slowly for me. so she was speaking very slowly. Otherwise I relied on body language to understand for example what she is telling me to do during work. I think in my opinion you would need to know at least a little bit of Japanese like the basic part of it, in order to work with them, because they don’t speak any English.

When I needed to ask any important questions that I didn’t want to get wrong, I communicated with the employer through World Unite! or through a new staff member who recently joined the team who speaks some English.

How does a typical work day look like for you?

So in the morning, from around 9:00am to 11:30am we would go out to certain parts of the island to pick leaves or grass, depending on what the employer wants us to produce. After that we would return back to the workplace and have lunch for an hour. After that we would wash what we picked, cut it down to smaller pieces and then we would dry them in a machine. And then we would break down the dried leaves from the previous days and put them into bags. That’s pretty much our whole day’s process on a sunny day. On a rainy day we would (instead of picking) be busy with packaging. Putting the leaves into tea bags.

At the moment I’m working 4 days a week, starting at 9:00am for around 4 to 8 hours, depending on how much work we have. The hourly salary is around 830 JPY, which is the minimum wage in Niigata prefecture. 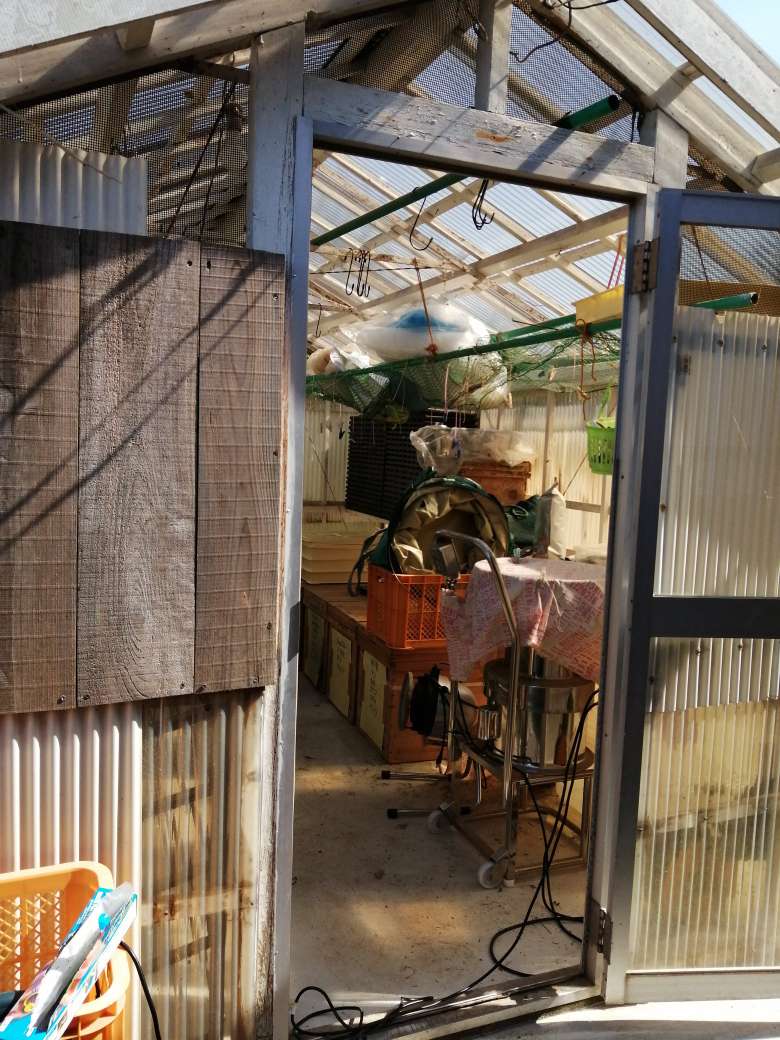 In the beginning I was only working half days, because I was still attending language classes during the morning. When working full days, the salary is enough to make a living, especially because my rent is quite affordable. I’d still recommend people to bring some savings when doing a Working Holiday in Japan. Things that you haven’t considered can always happen, like the rainy season when there is less work to do on farms like mine.

How is it to live on Sado Island?

With Sado Island, I think I have settled down and I’m quite happy here. Because all I’ve known Japan for was pretty much just Tokyo and Kyoto. Once I got here it was a very different sort of feeling. I’ve grown up in the city all my life and to come here where you see mountains in the distance instead of high tower buildings, is a very nice change of pace. From a fast paced environment to a very relaxed environment. Plus, I get to just focus on studying Japanese here.

What are you doing in your free time?

My previous roommate had introduced me to other foreigners on the island that I go out with a lot. They have a car and can take me around the island [laughs]. Staying at home, I’m doing some yoga, trying to exercise on my own and study. During the evenings I take private online Japanese lessons by a teacher that also lives on the island.

What did you do back in Australia and what are your plans after leaving Japan?

I worked at banks and an insurance company. And what I plan to do afterwards, I have not decided yet [laughs]. But I will stay in Japan until next February, as I’m planning to stay for the whole Working Holiday year.

When it comes to the mindset, as long as you show an interest in Japanese culture and language and are willing to learn, you are good. The Japanese people I’ve met love to learn, they really love asking questions, so as long as you are open to also bringing some of your culture to them and are actually open to sharing, they would be open to share with you and learn something from it.

Also, if anyone is looking to escape the city life, Sado Island would be pretty good!

This interview was conducted in July 2020. 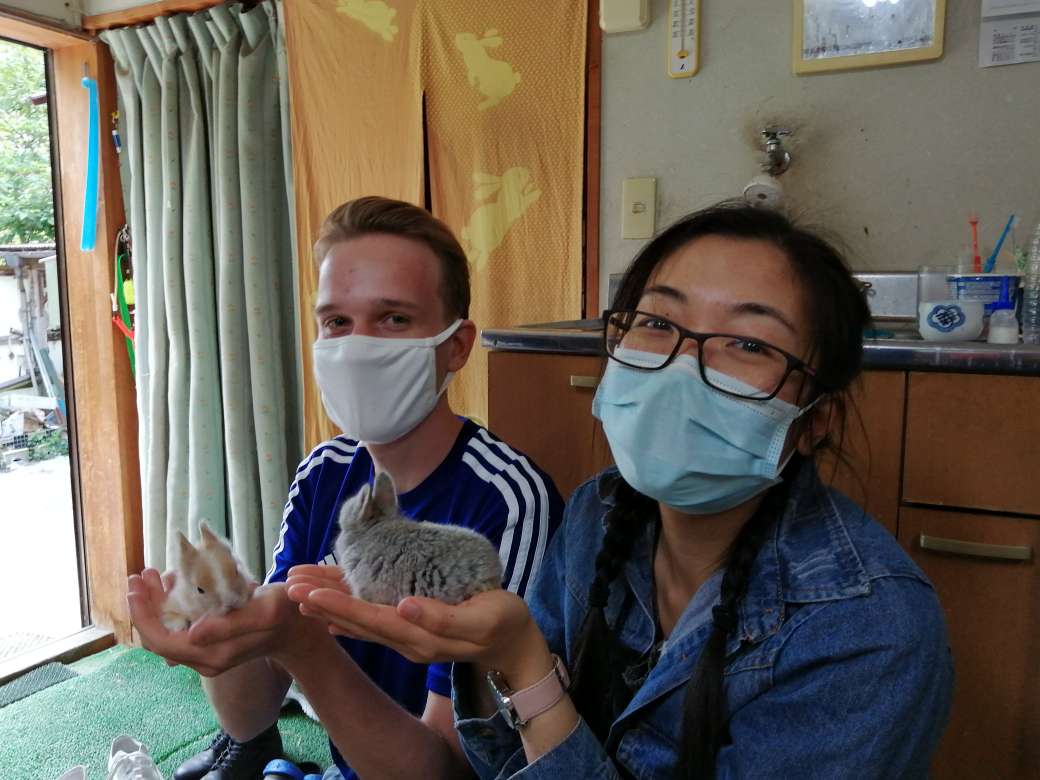